From wiki
Jump to: navigation, search

The purpose of this page is to share common wiring schemes for 4-conductor systems. As additional systems are added, please include them in a form in which others can benefit.

Information on 3-Conductor (3-core) wiring schemes can be found at FAQ: 3_Wire_Connectors

Water-proof connectors are available from Ray Wu, but they can also be purchased from US-based resellers (ask around for names). 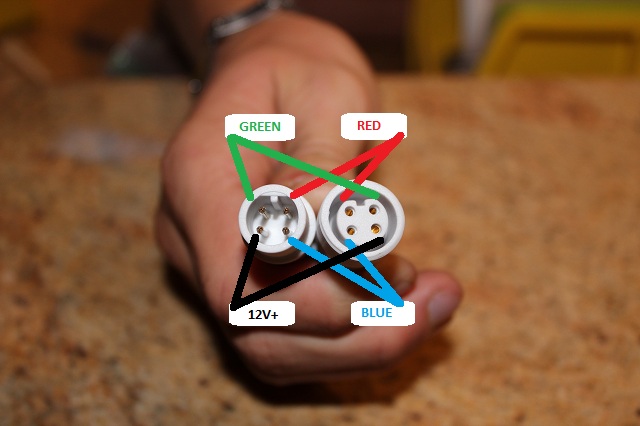 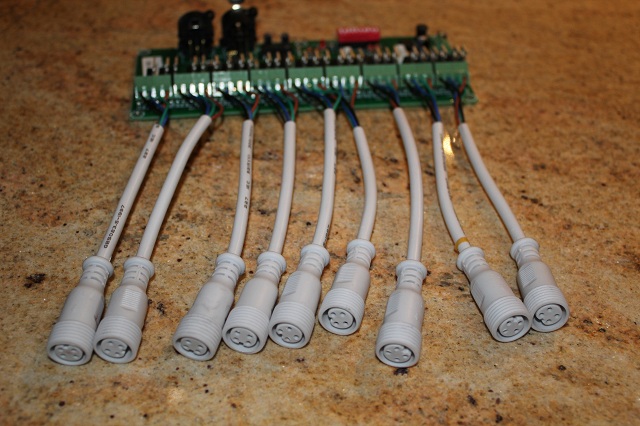 4-conductor connectors can be used to receive pixelnet data AND power from the smart string hub. Smart string hubs can have up to (16) RJ-45 jacks. Each jack has identical data and power which is supplied to 1-16 attached SSCs. Pins 1 and 2 carry pixelnet data (Pixelnet+ and Pixelnet- respectively. Pins 3-5 carry 12V+ and Pins 6-8 carry GROUND.

By replacing a Cat5 plug on one end of a cat5 cable with a 4-core connector, the end of the cable -- normally exposed to cold and wet climates can be protected from the elements using the waterproof connector.

The SSC must be altered to use a 4-core male connector, while the cat5 'adapter' uses a female connector -- to avoid potential shorting from exposed pins.

The picture below shows the 4 lines passed into the SSC through the 4-core connector: 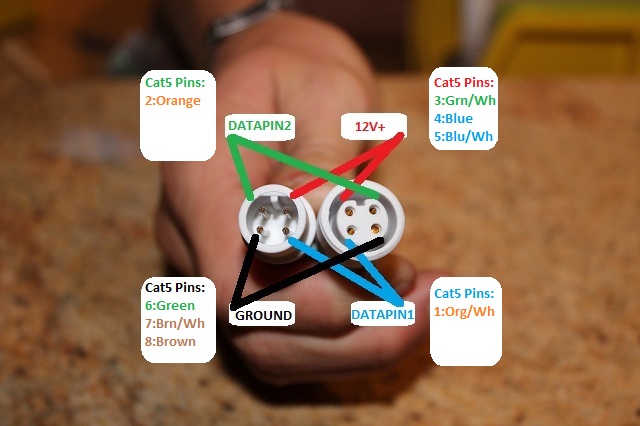 Waterproof SSC design using 3-core and 4-core connectors: Based on negative experiences with water and the SSC / RJ-45 pigtail design, an alteration has been suggested to use 4-core waterproof connectors in place of the RJ-45 pigtail.

The incoming cat5 cable must be altered to use a female 4-core pigtail in place of the normal cat5 plug. When modifying the cat5 cable, use the original twisted pair for the length of the cable, up to the pigtail... the twisted pair will allow the pin 1 and pin 2 pair to carry the signal for longer distances. 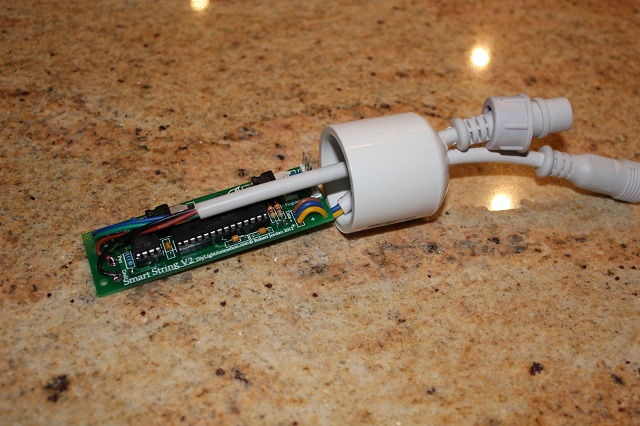